@matigo
Fair point, it was. However I just tried again after verifying it is in normal mode and Do Not Disturb is disabled. Same result. While locked, with screen off, the “speak text” part of the alert did not happen yet there was an alert displayed when later waking the phone which implied the time-based trigger fired and the workflow was executed. So sadly this appears to not function as a time-based “speak message” alert like was wanted. It may work for other actions, such as time-based HomeKit actions to blink the lights, but “speak text” at least does nothing while the phone is locked with screen off.
// @JeremyCherfas

@matigo so I tested the time based triggers for shortcuts with a simple “say this text” flow. While the phone was locked the flow ran but didn’t say anything. Just had a notification on the lock screen when I went to wake it after the time had passed in silence. Quite frustrating. Maybe I did it wrong?

Saturday is a good example of the gamification of fitness working on me. Started out as just another lazy weekend day but near sunset I realized I still had to ‘close the rings’. So I go out for a nice jog. Nothing crazy but a solid enjoyable jog, and one I previously wouldn’t have done at all before I got this little reminder on my wrist graphically displaying just how lazy I am.

Kinda interesting you can see where I passed a fountain and decided to get a sip of water. :) 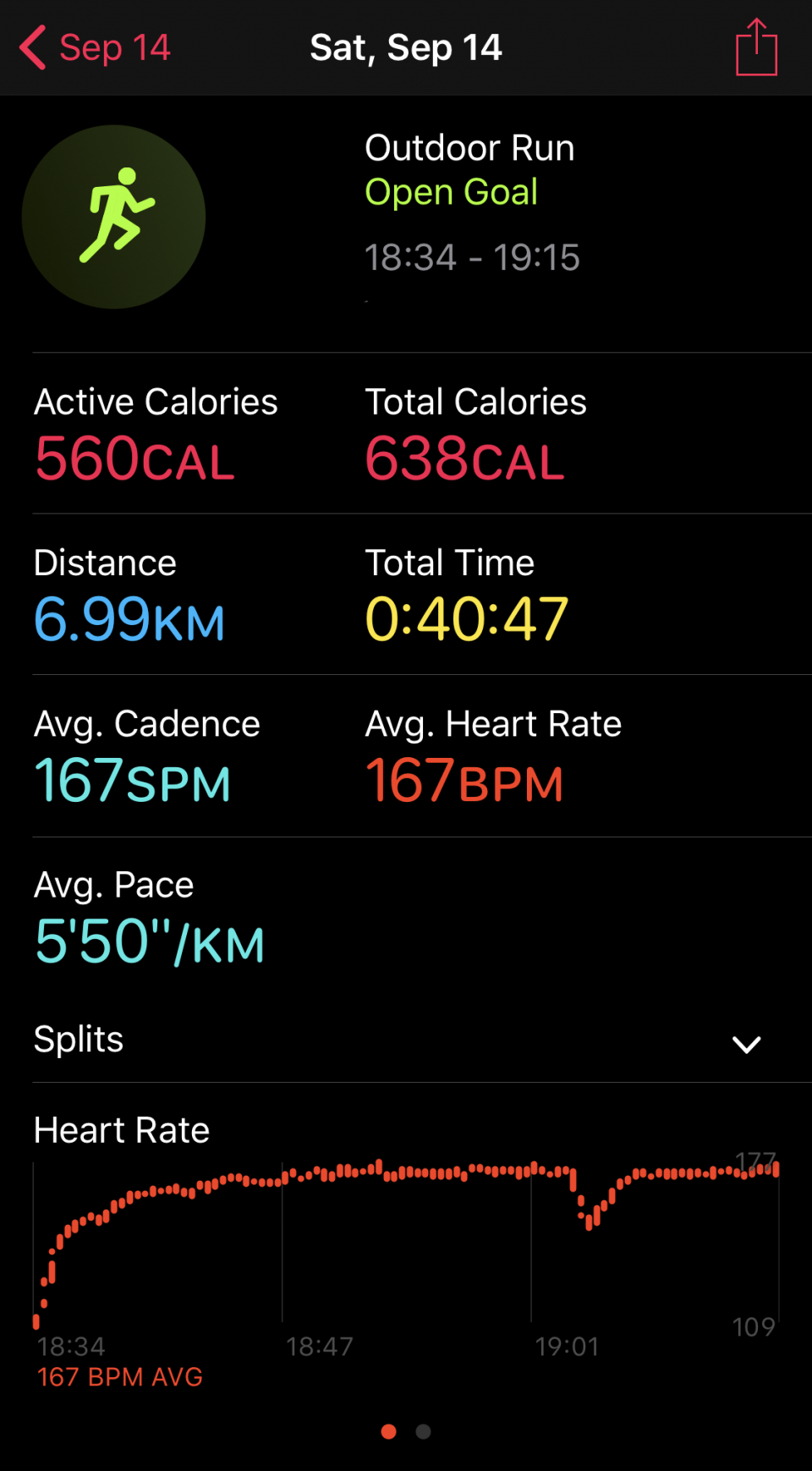 This afternoon’s playlist included such greats as:
Make The Little Flowers Grow by Snog
People = Shit by Slipknot
Happiness In Slavery by Nine Inch Nails

So in other words, a very uplifting collection of tunes.

@matigo I’ve seriously looked up the webpage detailing how to get work there more than once.

Really getting tired of these 41 high days.

Not looking forward to today’s projected high of 41.

High today of about 38. I’m officially ready for summer to be over.

@variablepulserate they have some very creative solutions to the tasks! I like it so far.